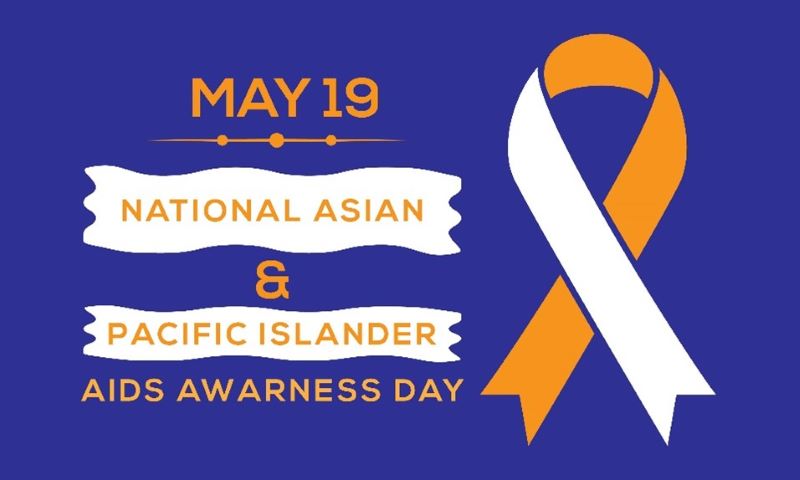 Recognition of the anti-Asian violence, xenophobia and discrimination that has markedly increased during the COVID-19 pandemic is essential. In light of these events, National Institutes of Health (NIH) Director Dr. Francis Collins recently reaffirmed the NIH’s commitment to supporting the API communities.

According to the Centers for Disease Control and Prevention, in the U.S. and dependent areas, Asians comprise 6 percent of the U.S. population, and accounted for 2 percent of all new HIV infections in 2018. At the end of 2018, 17,600 of the estimated 1.2 million people with HIV in the United States and dependent areas were Asian1, and 1,100 were Native Hawaiians and Other Pacific Islanders (NHOPI)2. Most new HIV diagnoses in the Asian and NHOPI communities were among gay, bisexual, and other men who have sex with men. Other segments of the API population in the U.S. who experienced new HIV diagnoses were women and people who inject drugs3.

Although HIV rates are relatively low among API individuals compared to other racial and ethnic groups, the repercussion of HIV/AIDS in API communities still warrants attention. Stereotypes about API being the “model minority” contribute to their invisibility in strategies to address HIV domestically, and the impact of HIV/AIDS on these communities is often overlooked.

The lack of focus and the stigma related to HIV infection in API communities have created challenges regarding transmission, testing, and treatment. Intensified efforts are needed to support culturally tailored measures that meet the API communities’ HIV prevention, treatment, and care needs. The NIH aims to support research opportunities to better understand and address factors that contribute to HIV in this population. Some of these factors include, but are not limited to: socioeconomic inequity; cultural customs that present barriers to discussing topics such as sex and gender identity; language barriers; limited research on HIV among API; and data limitations related to race/ethnicity misidentification of API that could lead to underestimating their HIV rates.

Lastly, it is important to acknowledge the importance of HIV research for the API communities globally. The HIV/AIDS pandemic continues to grow in many parts of the world and remains a challenge in numerous areas of the Asia Pacific, including Indonesia, Myanmar, Papua New Guinea, the Philippines, South Korea, and Thailand. As in the U.S. and other regions, stigma and discrimination are persistent barriers to HIV prevention and treatment and other health-related services in Asia and the Pacific. Expanding the HIV prevention toolkit, including development of a safe and effective vaccine, will be crucial for addressing this global problem.

As the NIH Office of AIDS Research recognizes NAPIHAAD—and Asian/Pacific American Heritage Month—it is crucial to keep in mind the impact of HIV/AIDS across all groups, both in the U.S. and abroad. More information on the NIH’s efforts in this area can be found in the NIH Strategic Plan for HIV and HIV-Related Research.

I encourage you to join the efforts to reduce HIV stigma and promote prevention, testing, and treatment for API communities. To find resources, visit the Centers for Disease Control and Prevention’s Let’s Stop HIV Together campaign for Asian people and Native Hawaiian and other Pacific Islander people.

1,3 Centers for Disease Control and Prevention. HIV and Asians. https://www.cdc.gov/hiv/group/racialethnic/asians/index.html. Accessed May 14, 2021.

2 Centers for Disease Control and Prevention. HIV and Native Hawaiians and Other Pacific Islanders. Available at https://www.cdc.gov/hiv/group/racialethnic/nhopi/index.html. Accessed May 14, 2021.