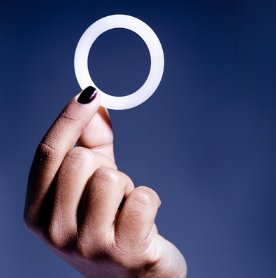 On Friday, July 24, 2020, the European Medicines Agency (EMA) announced that it adopted a positive scientific opinion on the dapivirine vaginal ring for use by cisgender women ages 18 and older in developing countries to reduce their risk of HIV infection. The EMA opinion is a significant step forward towards expansion of the HIV prevention options available to women worldwide, especially for women in sub-Saharan Africa who are among the most affected by the HIV pandemic. The dapivirine ring will potentially become one of the first discreet, long-acting prevention options available to cisgender women.

The dapivirine vaginal ring was designed and developed by the nonprofit International Partnership for Microbicides (IPM), which is also the regulatory sponsor.  The ring is made of flexible silicone and contains the microbicide dapivirine (an HIV antiretroviral drug). The user inserts the ring into the vagina, where it slowly and continuously releases dapivirine, and replaces the ring once a month. The ring adds to the limited suite of choice-based HIV prevention tools for women, which currently consists of oral pre-exposure prophylaxis (PrEP) in some countries and the female condom.  For the next step, to make the ring available, the IPM will submit the ring for country reviews in Africa.

IPM applied for EMA’s scientific opinion on the ring through a procedure (Article 58), that is conducted in cooperation with the World Health Organization (WHO) and intended for products that would be used in low- and middle-income countries outside the European Union.

With EMA’s positive opinion, the WHO may now include the dapivirine ring in its HIV prevention guidelines, and make a determination for prequalification, a global quality assurance designation. In cooperation with the WHO, IPM also plans to submit applications for the ring to the U.S. Food and Drug Administration (FDA) and to regulatory bodies in East and Southern African countries, to help address the needs of large populations of cisgender women in need of robust HIV prevention options. IPM will conduct additional research among cisgender women ages 18 to 25 years to increase understanding of the ring’s safety, efficacy, and potential resistance to anti-HIV drugs.

Since 2008, NIH has invested over $1.3 billion USD in more than 2,000 HIV microbicide research projects with both women and men.  The majority of the HIV research investment has been in microbicide clinical trials but also includes infrastructure investments (specialized laboratories/support services and clinical research sites for HIV microbicides research) as well as basic, discovery, preclinical, formulation, and behavioral/social science research.  As the coordinator of the NIH HIV research portfolio, the NIH Office of AIDS Research remains dedicated to supporting research to end the HIV pandemic, and we congratulate our partners on this step forward to protect women from HIV.

The 183 non-clinical studies and 15 clinical trials, including the eight MTN studies that provided data included in IPM’s application to the EMA, are outlined in NIAID’s news release, the MTN announcement and press release, and the IPM press release.

Other ongoing and planned NIH-supported studies, including REACH, DELIVER and B-PROTECTED (MTN-043), will further inform our understanding of the safety and potential of using the dapivirine ring during adolescence, pregnancy, and breastfeeding, when the risk of acquiring HIV infection is higher.