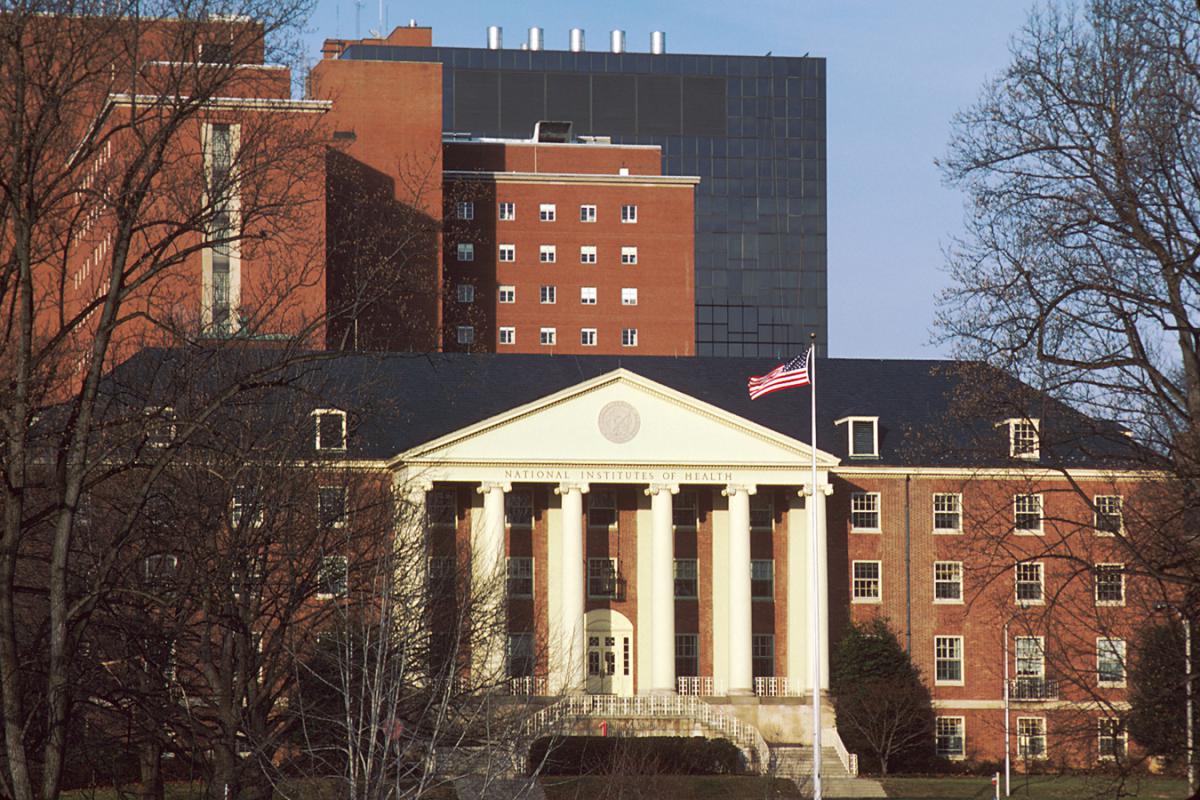 The front of NIH Building 1, where OAR's first office was housed in 1988. The NIH Clinical Center, where HIV research is conducted, is seen in the background.
Photographer unknown/National Cancer Institute Visuals Online

In June 1981, the Centers for Disease Control and Prevention published the first of many Morbidity and Mortality Weekly Reports (MMWR) related to the disease that would later be named Acquired Immune Deficiency Syndrome or AIDS. In 1982, the National Institutes of Health (NIH) identified associated HIV/AIDS funding. In May 1983, Congress passed the first bill with specific funding for AIDS research and treatment across the U.S. Department of Health and Human Services.

The National Cancer Institute (NCI) and the National Institute of Allergy and Infectious Diseases (NIAID) conducted most of NIH’s early HIV/AIDS research. By 1985, NIAID was the lead NIH Institute sponsoring HIV/AIDS research. However, HIV/AIDS posed many challenges which exceeded the mission of any one Institute, as it is a multi-system and multi-organ disease involving malignancies; opportunistic infections; and cardiovascular, neurological, gastrointestinal, and other complications. HIV/AIDS also affects people across the lifespan. Furthermore, behavioral and biomedical interventions are needed to prevent new infections. Thus, nearly every NIH Institute, Center, and Office (ICO) became involved in conducting or supporting HIV/AIDS research.

As the expanding pandemic required increased coordination, the Office of AIDS Research (OAR) was established in 1988. The Office was first established by the Assistant Secretary for Health and later codified in the Health Omnibus Extension of 1988 (Public Law 100-607).

Over time, the growing HIV/AIDS research program required additional coordination and budgetary authority. Although establishing a new NIH ICO dedicated to HIV/AIDS research was considered, this approach would have caused considerable disruption of ongoing science. 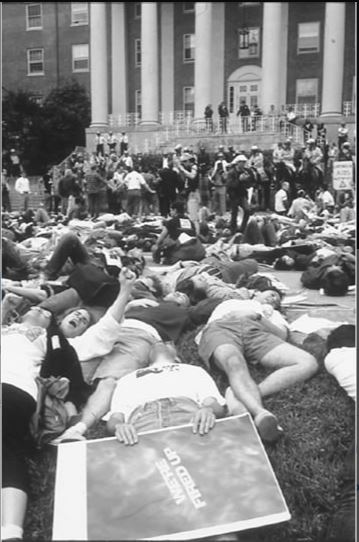 Activists staging a public event on the NIH campus on May 21, 1990. Such activists-both people living with HIV and their supporters-brought increased focus and urgency to the AIDS crisis and the need for research, and contributed to the creation of the Office of AIDS Research.
Photographer: Bill Branson via National Institutes of Health History Office

Congress passed the NIH Revitalization Act of 1993, which authorized OAR to plan, coordinate, and evaluate HIV/AIDS research; set scientific priorities for the NIH research agenda; and determine budgets for all NIH HIV/AIDS research.

For more information on the history of the HIV pandemic, view the Progress Against HIV/AIDS Timeline on page ii of the FY 2021-2025 NIH Strategic Plan for HIV and HIV-Related Research and the Timeline of HIV and AIDS.

To learn more about the early years of HIV/AIDS research at NIH, visit https://www.nih.gov/about-nih/what-we-do/nih-turning-discovery-into-health/hiv/aids.